St. Matthew’s students excel in and out of the classroom.

St. Matthew's University attracts students of many different nationalities, with a total of more than 40 countries represented among our students and alumni. A student body with students from a variety of different backgrounds enhances the quality of education at SMU and complements the cultural mix on Grand Cayman. Students are advised to confirm SMU's recognition status with their home country.

Students who have earned A Level Certificates in Biology and Chemistry may begin SMU's application process by emailing their A Level results confirmation to admissions@stmatthews.edu.

Canadian students comprise more than 20 percent of the student body at St. Matthew’s University. Why are so many Canadian students deciding to study at SMU? As detailed below, the Cayman Islands are a welcoming “second home” for Canadians, financial aid is available for Canadian students, SMU offers clinical study in Canada, and an increasing number of SMU graduates are choosing to practice in Canada.

Grand Cayman is a Welcoming “Home away from Home” for Canadians

Thousands of Canadian citizens live and work on Grand Cayman, as Canadians are the third largest component of the significant foreign (“ex-pat”) workforce in the Cayman Islands. Many are doctors, lawyers, bankers, or accountants, while others are in the tourism and construction industries. With such a large number of Canadians, there are many elements of home available on Cayman. For example, there is a flourishing ball hockey league on Cayman, and many night spots feature a wide range of NHL games on television.

Canada has a cooperative partnership with the Cayman Islands, a reflection of the broader historical relationship between Canada and the United Kingdom. As a British Overseas Territory, the Cayman Islands’ foreign relations, defense and internal security is the responsibility of the United Kingdom. There is also a Canadian Consulate on Grand Cayman.

Canadian interests in the Cayman Islands are considerable. Canadian controlled banks, such as RBC and Scotia Bank, dominate the financial services sector and operate off-shore mutual funds out of the Cayman Islands. Other Canadian investments include hotel properties and utilities.

Financial Aid is Available for Canadian Students
St. Matthew’s University’s Canadian students are eligible to apply for loans through the Provincial Canadian Student Loan Programs. SMU’s school code for applying is NUBQ. The Canadian government provides loan information and access to the National Student Loans Service Centre through their CanLearn website at http://www.canlearn.ca/.

To help ensure that fluctuations in currency rates do not impede your education at St. Matthew's University School of Veterinary Medicine (“SMUSVM”) all Canadian students matriculating on or after the Fall 2021 term are eligible for a CA$ exchange rate lock so long as they are actively enrolled.  Students also benefit in future periods to the extent the Canadian $ strengthens relative to the US $. This offer applies to students that matriculate starting in the September 2021 semester or later.


You Can Study Clinical Medicine in Canada
SMU medical students may participate in elective clinical rotations at eligible teaching sites in Canada. Some of the Canadian educational sites where SMU students have recently completed clinical rotations are:
SMU veterinary students may choose to spend their clinical year at either of our two affiliated Canadian Colleges of Veterinary Medicine (or any of our many affiliated schools in the U.S.). The affiliated Canadian schools are:
You Can Become Licensed to Practice in Canada
SMU medical school graduates are eligible to apply for the Canadian Residency Matching Service (CaRMS). An increasing number of our graduates are pursuing residency in Canada, with recent residency placements in such programs as:
SMU veterinary students have a very straightforward path to licensure in Canada, and may practice after simply passing the appropriate licensing exams. Several SMU graduates are veterinarians in Canada currently, with more joining the ranks each year.

Student Housing
St. Matthew's University is a place where everybody knows your name! The Residence Hall forms a community of students where lifelong friendships and professional partnerships begin with getting to know your classmates and fellow students in your new home close to campus.

Whether you grab a couple of neighbors to study for your anatomy examination or to go out and explore the island, living in the Residence Hall is a perfect environment. You will find living here will give you an atmosphere conducive to academic success and extra-curricular enjoyment. Our building policies help reinforce and maintain this setting throughout your stay. Open the front door and be greeted with a big smile, friends waiting to be made, and a place where before long, everyone will know your name!

New students arriving on the island live in a Residence Hall for at least one semester, and frequently stay as many semesters as they like. It is a beautiful facility just two miles from Campus and bus service is provided several times per day. This arrangement makes your arrival in and transition to living in another country smooth and comfortable. Single and double rooms are available.

For more information about the Residence Hall, please visit: http://www.residencies.ky.

On-Campus Housing
Prices include all utilities, Internet connection, cable, and weekly maid service. A small refrigerator and microwave are provided in each room and a fully-stocked kitchen and laundry room are available onsite.

Off-Campus Housing
The housing market on Grand Cayman is strong and presents many opportunities for student tenants to find homes.

Most rental units come furnished (i.e., stocked with standard hard and soft furnishings, such as beds, tables, appliances, couches, window dressings, etc.) or fully furnished (i.e., everything but your own clothes and personal belongings is included). Utility costs (e.g., for electricity, water, etc.) are expensive compared to U.S. standards.

Rental rates are generally highest in the Seven Mile Beach, George Town and South Sound areas. Security deposits are common and usually equal one month's rent, so be sure to figure this into your budget.

Housing becomes increasingly difficult to find if you have young children or pets living with you or if you prefer to smoke inside. Landlords and property managers have the right to refuse to rent to you for these reasons.

Fortunately, off-campus housing advice and support is available to all St. Matthew's University students via our affiliation with University Properties (www.residencies.ky).

American Medical Student Association (AMSA)
The American Medical Student Association (AMSA) is the oldest and largest independent association of physicians-in-training in the United States. For more than 58 years, AMSA has provided students with experience in areas of medicine not covered under the traditional curriculum. This includes technical, hands-on training in pertinent skills that will be necessary for students when they enter clinical rotations. We also work with the community to promote public awareness and improve public health.

We are a student-governed, national organization committed to representing the concerns of physicians-in-training. With a membership of more than 68,000 medical and premedical students, interns and residents, and practicing physicians from across the country, AMSA continues its commitment to improving medical training and the nation's health.

Canada Key
CANADA KEY at St. Matthew’s University is a non-denominational, voluntary organization founded on the core values of Integrity, Excellence, Life-long Learning and Support & Community Service. Canada Key aims to provide a forum to facilitate dialogue, networking, exploring and sharing topical information about common medical career and related goals. Canada Key members are individuals interested in learning about options to further their medical training in Canada or in the USA (as Canadian nationals) or whose interests are aligned to matters pertaining to medical education and practice in Canada. Canada Key differentiates itself by taking a 4-quadrant holistic approach to self and professional development. Canada Key’s value-add is to help each member identify and develop a customized ‘Key’ -- a set of milestones to be achieved in each sphere of life: Personal, Professional, Academic and Community Service.

Indian Student Association
The vibrant culture, the rich heritage, and the effusive warmth of the people, all are a reflection of what we as Indians stand for. The Indian Student Association is an organization dedicated to preserving and promoting the diversity and uniqueness of the Indian culture through various activities, community services, and educational programs to Indian and Non-Indian students in the SMU community and neighboring areas. Not only will ISA strive to preserve and promote the Indian culture but will also help new students enrolling at SMU adjust and adapt to SMU and their new home.

Muslim Student Association
The Muslim Student Association (MSA) works to promote a unified group of Muslim and non-Muslim students by educating the surrounding community about Islam, faith and medical practice. The MSA strives to offer support and aid to all new studdents at SMU through sharing learning strategies and specific course tactics. In conjunction with Cayman service groups, the MSA volunteers in the community to provide service to those in needs through hosting events and educational programs.

Research Organization
The Research Organization of St. Matthew's University School of Medicine encourages students to participate in research by working independently and with colleagues and faculty. Our annual Research Day showcases student research posters, displaying and discussing their studies to the entire campus community. We are also interested in helping physicians on the island and around the world conduct their research by volunteering in community events. The Research Organization emphasizes and fosters leadership, the importance of research and evidence based medicine, and the foundation of life long learning for future physicians.

St. Matthew's University Circle K Club
Circle K International (CKI) is an international collegiate service organization that is a sponsored leadership program of Kiwanis International. It promotes service, leadership, and fellowship. With over 13,250 members worldwide, it is the largest collegiate service organization of its kind in the world. Here at St. Matthew’s University, in Grand Cayman, our service projects range from assisting the elderly and disabled to working with children in the local hospitals and pediatrics wards.

Some of the most vibrant coral reef systems in the world exist in Cayman waters, which offer wonderful opportunities to scuba dive, snorkel and swim in tropical seas that are warm year-round.

Since the main campus and residence halls are just steps away from the famous Seven Mile Beach, students can literally walk out of their class for a quick swim, snorkel, sunset volleyball game, or even to study on the beach. 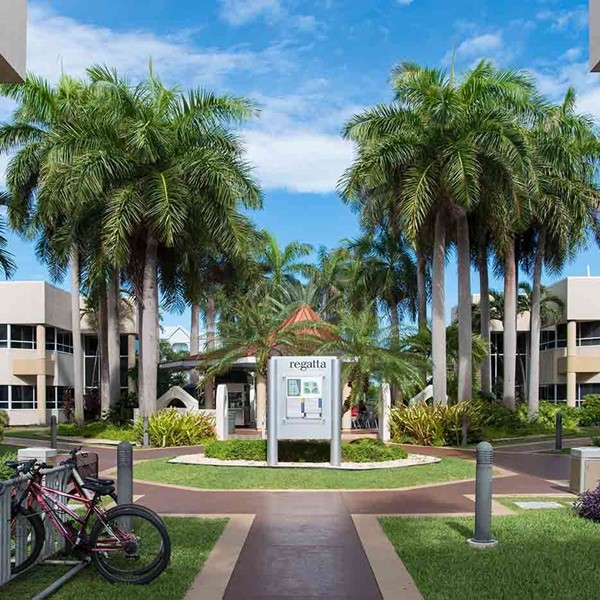 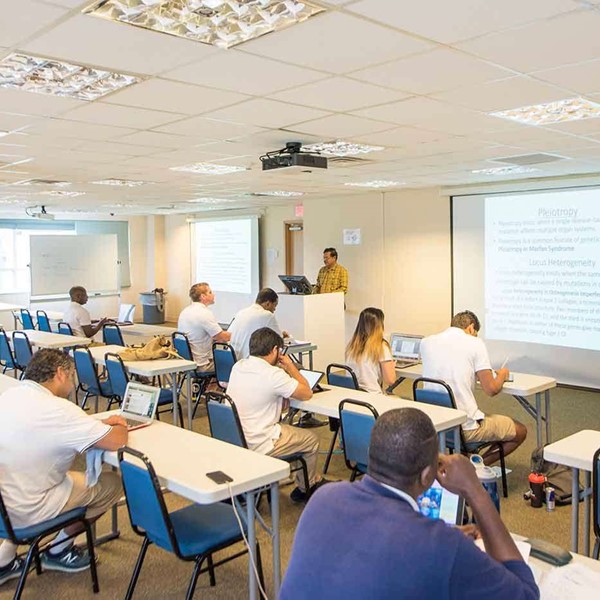 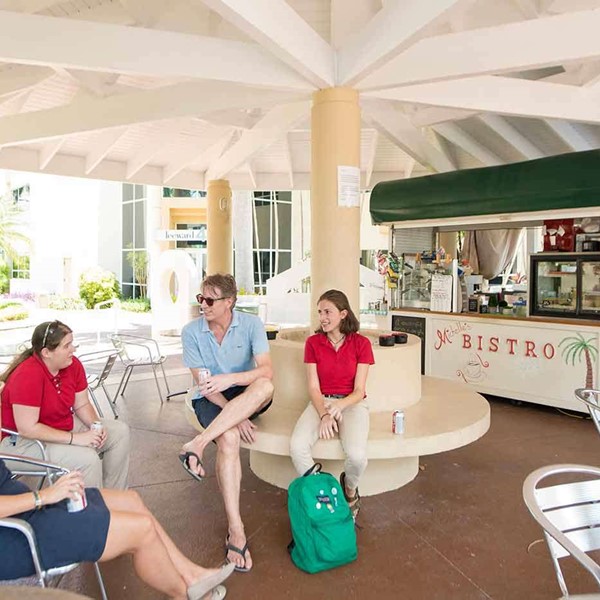 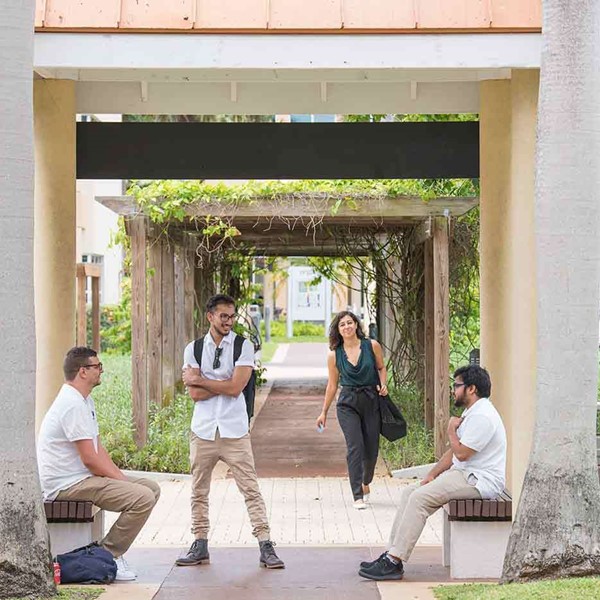 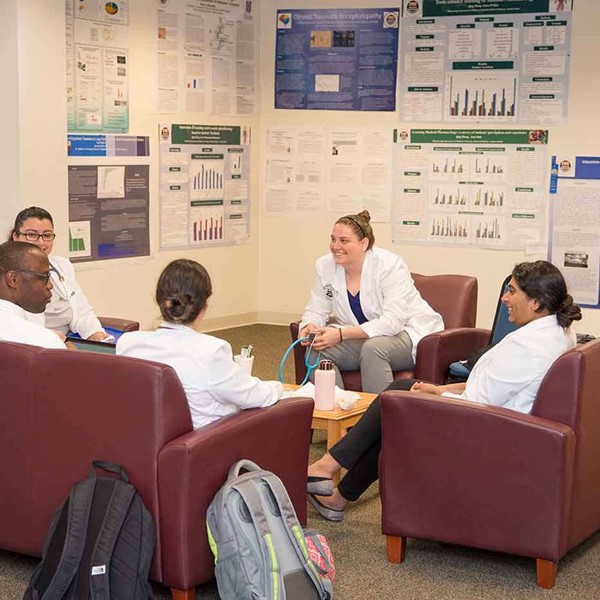 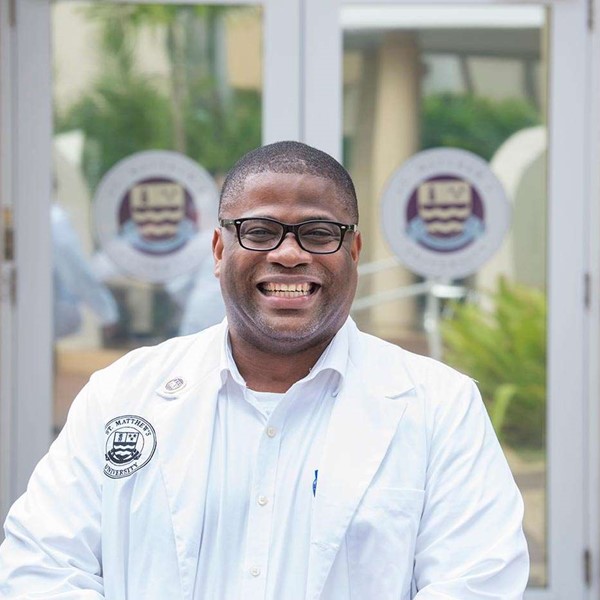 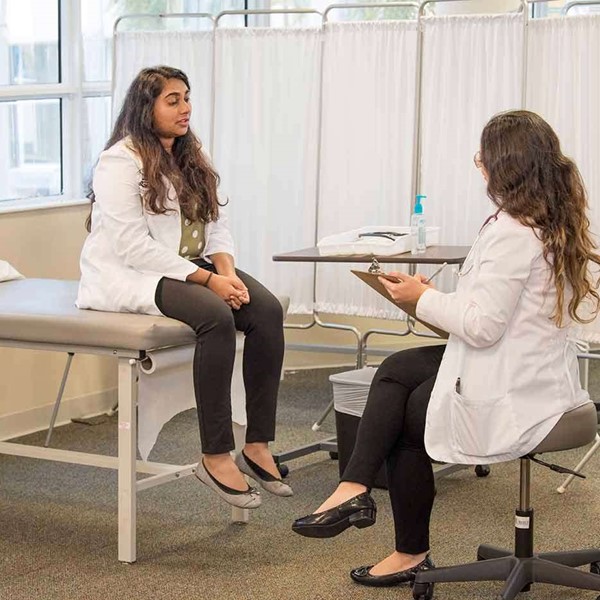 While the diverse accents and idioms of Caymanians, Jamaicans, Europeans, Hondurans and Filipinos may take some getting used to, there is no denying the hospitality of the local people, the superb weather, stunning beaches and great restaurants and nightlife that make the transition to this new country easy, as well as exciting. 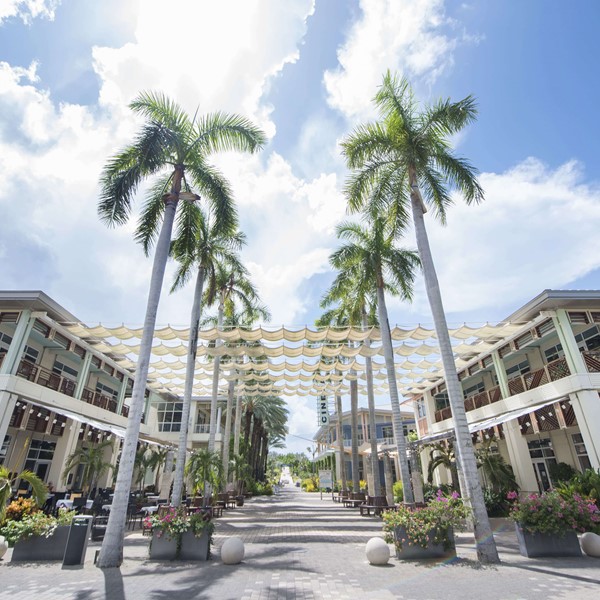 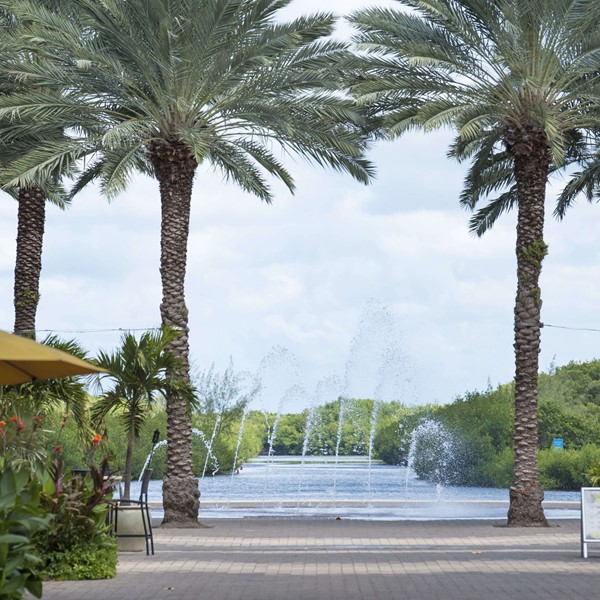 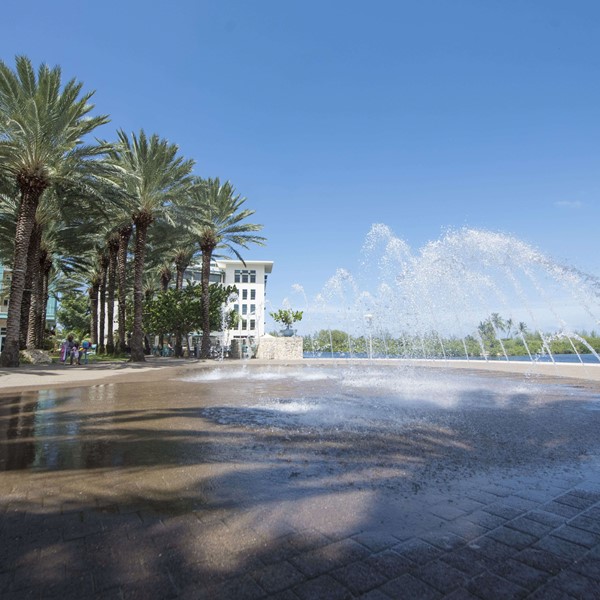 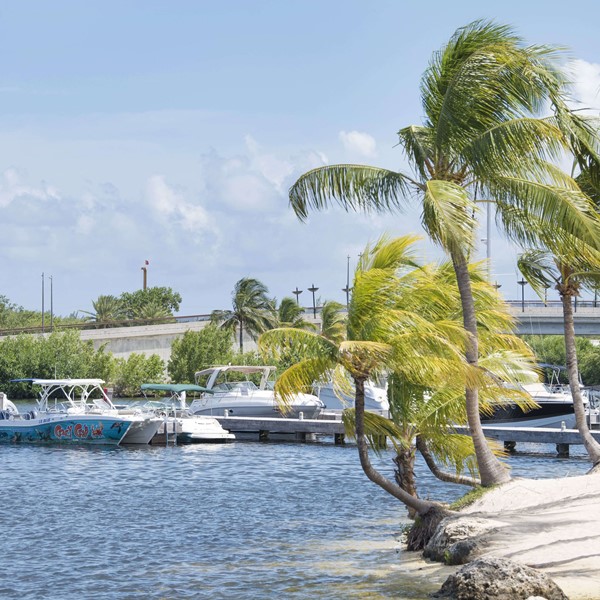 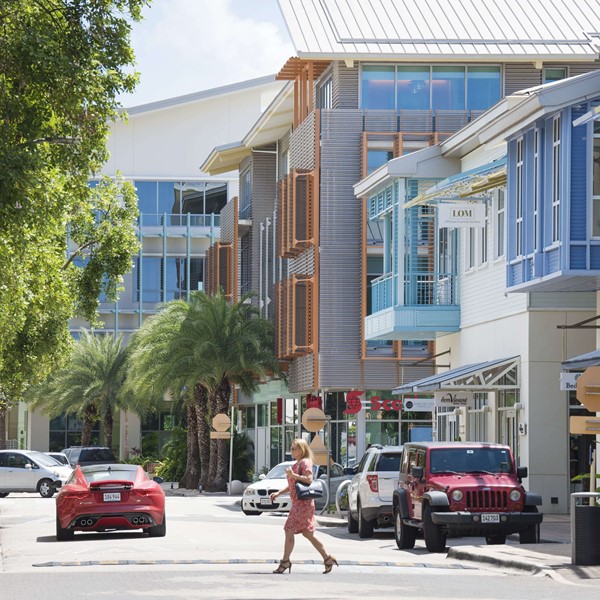 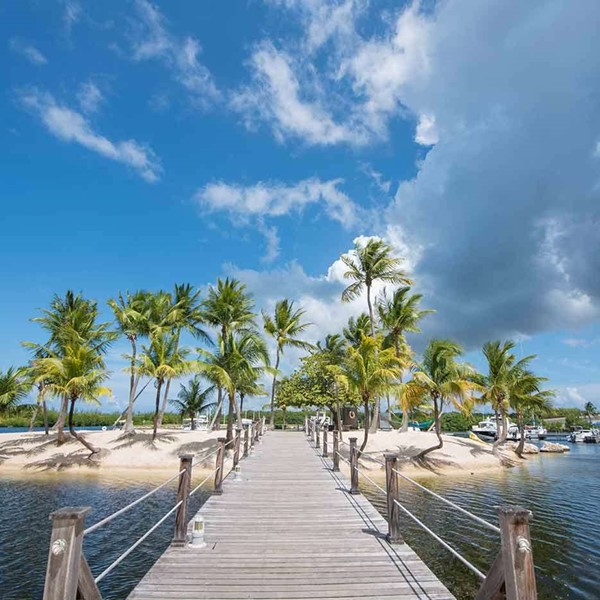 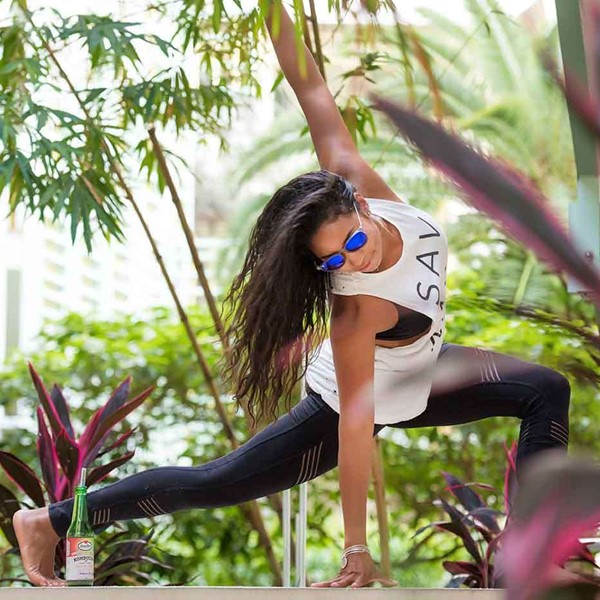 Get in touch, ask a question